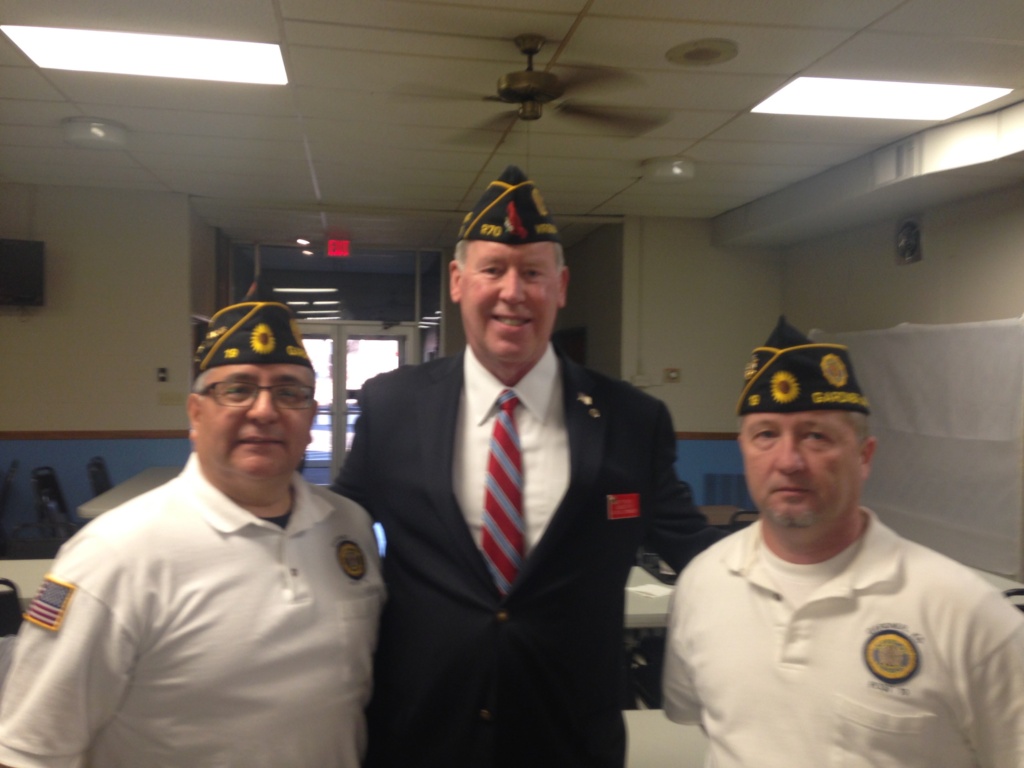 This year’s Department of Kansas Mid-Winter Forum was held February 2, 3, and 4, 2018 at Pearce-Keller Post 17 in Manhattan, Kansas.

Pictured are: Commander Abe Revira and Post Adjutant Jim Simpson with Leading Candidate for National Commander Brett Reistad from the Department of Virginia.

Leading candidate for National Commander Brett Reistad has chosen “Celebrating Our Legacy” as his theme as the American Legion celebrates it’s centennial.

Deputy Director Wayne Bollig, of Veterans Services Kansas City Veterans Administration spoke of the need for additional Veteran’s Homes.  There are over 42,000 Veterans in Kansas over 60 years old.  Wayne also mentioned the Lottery Commission offers a Veteran’s scratch off ticket and there is legislation to set a $2 million base for Veteran’s benefits.

There were many other reports presented Saturday which ended with entertainment Saturday night and closing reports and statements on Sunday.