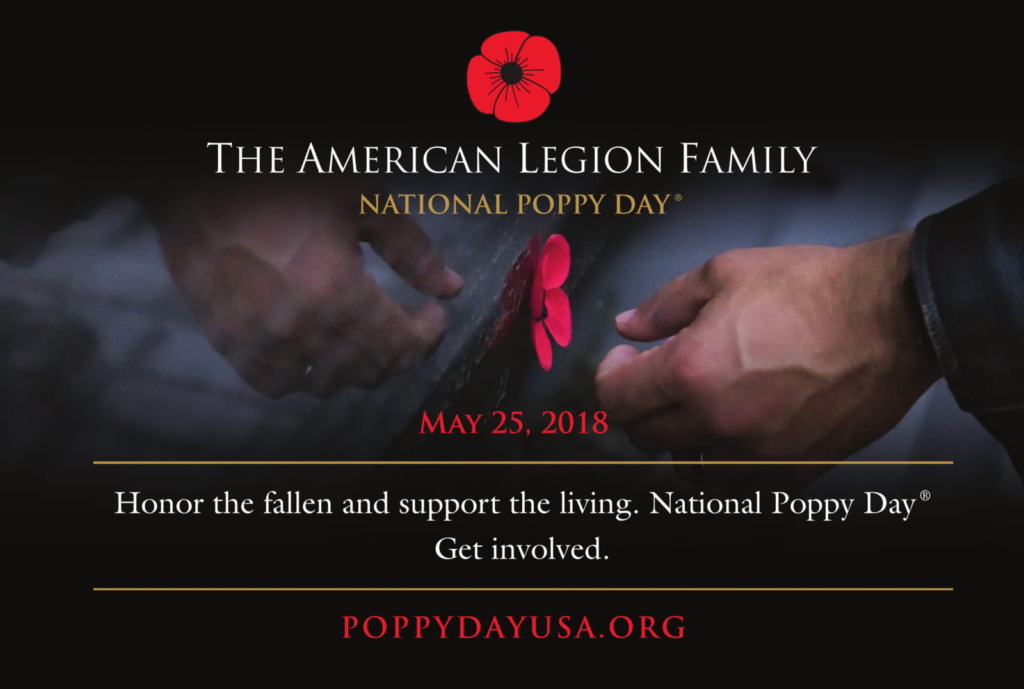 The tradition of wearing a poppy dates back to 1920, when it became the memorial flower of The American Legion Family.

The red poppy came to symbolize the blood shed by those who fought and those who continue to fight for our country following World War I. It was popularized by the publication of the wartime poem In Flanders Fields.Written by Lieutenant Colonel John McCrae, M.D. while serving on the front lines in World War I, the poem honors soldiers killed in battle.

The American Legion led the charge of having Congress designate the Friday before Memorial Day as National Poppy Day®, a tradition found in many countries around the world. National Poppy Day® encourages all Americans to wear a red poppy to honor the fallen and support the living heroes who have worn our nation’s uniform.

On May 25, join us by wearing a red poppy to remember those who made the ultimate sacrifice and support the future of veterans and their families for generations to come.

About The American Legion

The American Legion is the largest wartime veterans service organization with nearly 2 million members in 12,875 posts across the nation. Chartered by Congress in 1919, The American Legion is committed to mentoring youth and sponsoring wholesome community programs, advocating patriotism and honor, promoting a strong national security, and continued devotion to servicemembers and veterans.

About The American Legion Auxiliary

Founded in 1919, the American Legion Auxiliary (ALA) helps to advance the mission
of The American Legion. With nearly three-quarters of a million members, it is the world’s largest women’s patriotic service organization and one of the nation’s most prominent supporters of veterans, military, and their families. ALA members volunteer millions of hours annually, with a value averaging $2 billion each year. From helping to draft the GI Bill in 1944 to advocating for veterans on Capitol Hill, The American Legion Family has been instrumental in advancing legislation that improves the quality of life for our nation’s veterans.